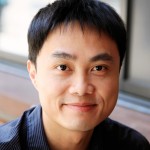 Dr. Koh received his Bachelor’s and Master’s degrees from National University of Singapore (NUS). During a summer training at Tata Institute of Fundamental Research in India, he was introduced to the neurobiology of the fruitfly, Drosophila. Subsequently, for his Ph.D. training at Baylor College of Medicine, he conducted a large forward genetic screen in Drosophila for mutants with defective neurotransmission in the lab of Hugo Bellen. He then moved to Yale for his post-doctoral training with John Carlson’s lab, where he discovered how specific leg sensory neurons arouse Drosophila male sexual behavior through sensing female pheromones. Also at Yale, he developed an interest in a link between Type 2 diabetes (T2D) and neurodegeneration, which has grown into his research program as he joined Temasek Life Sciences Laboratory (TLL) in Sep 2014.

You may wish to contact Dr KOH Tong-Wey at:

We have produced novel evidence that a T2D-like condition predisposes flies toward neurodegeneration, thus suggesting that the interaction between the two diseases is conserved between flies and humans. This evolutionary conservation provides an exciting opportunity to harness the vast repository of genetic tools in Drosophila to tackle this important human health issue.

A hallmark of T2D is the failure of tissues to respond to insulin. Underlining a link between T2D and neurodegeneration, recent clinical trials on dementia patients involving brain-directed delivery of insulin showed promising preliminary results. To elucidate the effect of insulin on the brains of dementia patients, we will investigate the effect of insulin signaling in degenerating nervous systems in flies. Our long term objective is to help design improved versions of insulin-based therapy for neurodegenerative diseases.