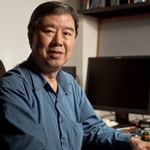 Dr. Chua’s professional career began as a house-officer and medical officer in the University Malaya Medical Centre, Kuala Lumpur, from 1979 to 1983. He worked as a consultant paediatrician from 1984 to 1994, first with the Chinese Maternity Hospital, Kuala Lumpur, followed by the Lady Templer Specialist Centre in Cheras, Kuala Lumpur, then with the Pertama Specialist Centre, Kuala Lumpur. In 1994, he joined the University of Malaya, his alma mater, as a lecturer and subsequently Associate Professor. From 2002 to 2003, he was appointed at the International Medical University as a Professor of Paediatrics and Medical Microbiology. From 2003, he served as a consultant clinical virologist with the Ministry of Health Malaysia.

During his tenure in the Department of Medical Microbiology, University of Malaya, Dr Chua was the key person instrumental in establishing the aetiological agents causing the outbreak of Hand-Foot-Mouth disease with fatal encephalomyelitis in 1997 and 2000; outbreak of chikungunya in Klang valley in 1999, and outbreak of Nipah virus in 1998/1999. His pursuit to establish the natural reservoir of Nipah virus led to his discovery of another new paramyxovirus (Tioman virus), a new orthoreovirus (Pulau virus), and a new bacterium named Waddlia malaysiensis. During his tenure in the National Public Health Laboratory, he isolated four more novel viruses in his quest to search for potential infectious agents of acute respiratory diseases of aetiology yet to be known.

You may wish to contact Dr CHUA Kaw Bing at:

His research area and interest is primarily driven by his desire to serve society through solving the problem of infectious diseases affecting humans, especially those in the region. At this juncture, the three priority areas closest to his heart are;