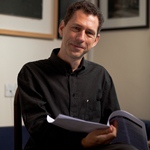 Frederic Berger’s Ph.D. studies were supervised by Dr C. Bownlee at the Marine Biological Association ( Plymouth, U.K.) and led to the demonstration of the origin of cell fate memory in the extra-cellular matrix of plant cells. This theme was extended to the Arabidopsis root development during a post-doc at the John Innes Center in the team of L. Dolan. A/Prof Berger got a research position at the Institut National de la Recherche Agronomique and led a research team at the Ecole Normale Superieure de Lyon from 1998 to 2004 working on endosperm development in Arabidopsis. He has been working in TLL as a Senior Principal Investigator since November 2004.

Epigenetic control of genome activity is achieved by covalent modifications of the chromatin. We are interested in mechanisms that enable large-scale reprogramming of DNA methylation and Histone modifications during the life cycle of plants. Reprogramming events are coupled with reproduction and we also work on mechanisms involved in fertilization and seed development

Reprogramming of DNA methylation during plant reproduction and its consequences Two fertilization events are required for seed production. The fertilized egg cell develops as the embryo while the fertilizated central cell generates the endosperm, which nurtures embryo development. DNA methylation is removed in the central cell leading to the activation of the maternal allele. DNA demethylation does not occur in male gametes. The endosperm thus inherits an active demethylated and an inactive methylated copy. Hence the genes affected are expressed only from the maternal allele. This epigenetic phenomenon is defined as parental genomic imprinting.

We have now evidence that DNA demethylation also occurs in the egg cell, the female gamete that produces the embryo. We propose that a decrease of DNA methylation followed by, or parallel to, robust DNA remethylation allows a conservation of the DNA methylation pattern while avoiding accumulation of aberrant patterns.

We are investigating in the reproductive lineages the expression of all components of the DNA methylation pathway. Preliminary data indicate that the RdDM pathway is not active in the central cell while it is active in sperm cells. Hence the asymmetry of de novo DNA methylation between the male gametes and the central cell could also cause imprinted expression. We are searching new imprinted genes controlled by this pathway.

Reprogramming of Histone modifications Replacement of modified histones by de novo incorporations of non-modified histones is a mechanism that enables large-scale reprogramming of histone modifications. To what extent this type of mode of reprogramming applies to all histones and what are mechanisms involved remains largely unexplored. We focus most of our work on HISTONE3 (H3) replacement. In most eukaryotes the HISTONE 3 family comprises several variants distinguished by their amino acid sequence, localization and association with transcriptional activity. We have showed that only a restricted number of H3 variants are present in male and female gametes. Upon fertilization, H3 variants contributed by both gametes are actively removed from the zygote chromatin. The somatic H3 composition is restored in the embryo by de novo synthesis of H3 variants. Our results predict that the epigenetic information carried by H3 variants is reprogrammed during sexual reproduction, limiting inheritance of epigenetic information carried by H3 across generations. We are now researching the mechanisms involved in H3 variants reprogramming and wish to study its biological significance.

This research program is currently extended to all histone variants in Arabidopsis.

Impact of epigenetic regulations on seed size control During recent years a series of key results have indicated that seed size is primarily controlled by endosperm growth and proliferation. We identified the central pathway HAIKU, which regulates endosperm growth in a zygotic manner (collaboration with Mig Luo, CSIRO Canberra). Endosperm growth is also regulated by DNA methylation-mediated and Polycomb group complex-mediated silencing of paternal alleles of unidentified genes and by parental genome dosage imbalance. We have identified genes, which are down regulated in response to mis-regulation of the epigenetic pathways and to the HAIKU pathway. We believe that these genes are central regulators of endosperm growth and seed size.

Roles of Retinoblastoma pathway in Arabidopsis reproduction. We have performed extensive studies showing that in Arabidopsis thaliana, RETINOBLASTOMA RELATED (RBR) controls primarily proliferation during male and female gametogenesis but has a limited impact on cell fate. In collaboration with Chris Franklin (University of Birmingham) we have gathered surprising evidence that show unsuspected roles of RBR in meiosis. RBR appears to orchestrate the assembly of recombination intermediates, essential for the pairing of homologous chromosomes and subsequent meiotic crossover formation. The Retinoblastoma protein thus controls recombination between parental genomes, one essential mechanism for evolution.

Fertilization mechanisms Besides mechanism involved in male and female gamete attraction, very little is known about mechanisms that govern the fertilization process specific to flowering plants. We have obtained fluorescent markers of gametes that allow live imaging of fertilization (Collaboration with Tetsuya Higashiyama, University of Nagoya). We use these markers to study mutants impaired for fertilization.